DON’T LET YOUR DOG BE THE NEXT ONE TO DIE

by Grace Bryson | Oct 19, 2013 | Food for thought, Huh? Did you know?, something to think about, things you should know, Training Tips | 0 comments

Why Greenies Are Dangerous For Your Dog Please Pay Close Attention!! I write These Things So You Can Be Informed! Please Read It! 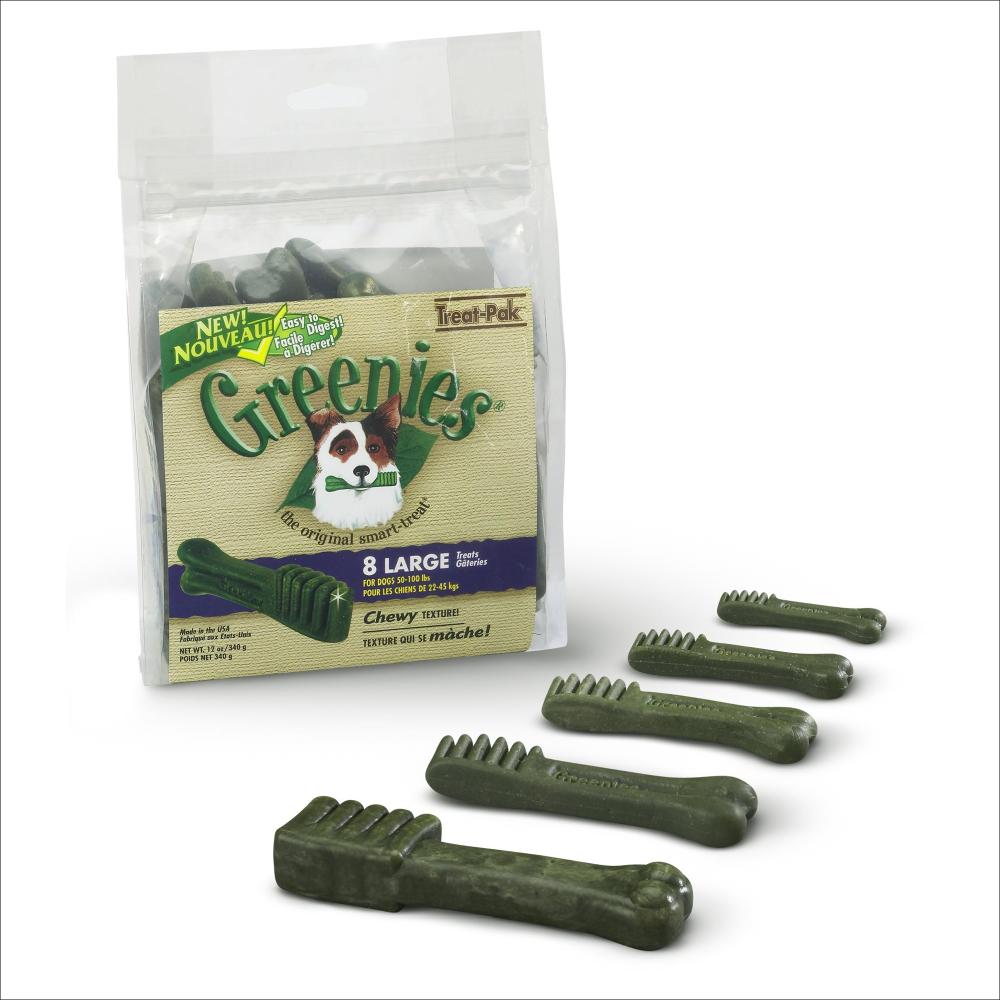 In the late 1990’s, Dr. Joe and Judy Roetheli weren’t overly fond of their Samoyed’s dog breath and devised a dog treat to be an effective alternative to brushing a dog’s teeth. In 1998, the dog treat, Greenies, was introduced and gave their competitors a run for their money with 325 million treats being sold around the world last year alone, overtaking the #1 dog treat spot by a landslide.

A lawsuit
A rescued Miniature Dachshund, “Burt”, died July 25, 2005 at the age of 4. A Greenie was found obstructing his intestines. Burt died 48 hours after the obstruction was surgically removed. Burt’s family filed a lawsuit against S&M NuTec on November 30, 2005.

Common sense
In my non-professional opinion; Greenies pose a danger to every dog due to the biological digestive process of the animal. Asking owners, as the manufacturer does in the fine print, to make sure their dogs don’t gulp the dog treat known as “doggie crack” is ludicrous. It goes against the dog’s own nature and may not be a possibility. Part I of Why Greenies Are Dangerous for Your Dog is dedicated to canine digestion, intestinal blockage, and the lack of common sense of the manufacturers. I urge my readers to take my conclusions seriously and ask your vets for a professional opinion.

Digestion—a quick lesson
Canine digestion is very different than human digestion. Dogs eat their food quickly in an attempt to protect it from being stolen. They do not use their jaw muscles and teeth for chewing; instead they rip off large sections of meat and swallow them whole. The function of canine teeth is to cut, much like a knife. Dog digestion is quite efficient for its purpose, objects not broken down become encased in undigested fur, and thus the intestines are protected from injury.

Dogs are almost-true carnivores, do not have salivary amylase, an enzyme that exists in human saliva and begins the digestive process. Salivary amylase is an enzyme, a “biological catalyst” increasing the rate of a chemical reaction. From what I understand, dogs, unlike humans, will digest any starches/carbohydrates they eat in the small intestine where amylase and other enzymes *are* found and produced by the pancreas.

A dog’s saliva creates an efficient lubricant that glazes food and helps with swallowing quickly. No chemical breakdown is occurring; the digestive chemical process has not begun. This is how dogs can gulp down their food. They are biologically made to do so.In the stomach, digestive enzymes are added to the consumed food, proteins are beginning to break down in the high acid ph of the stomach. The mucus that lubricated the food now protects the lining of the stomach wall from being digested by the enzymes. The food that is primarily protein should now be a thick milky liquid and will pass into the duodenum, the first part of the small intestine. The main site for digestion of carbohydrates is in the small intestine (the workhorse of the digestive system) and enzymes, such as amylase, are added. The broken down nutrients are then absorbed across the wall of the intestine and into the blood stream.

What is an intestinal blockage?
An intestinal blockage occurs when the intestinal contents cannot move because the intestinal walls are not contracting normally. A dog that vomits can indicate an obstruction located high in the intestinal canal. Obstructions found in the lower areas of the small intestine or in the large intestine are not able to be dislodged by vomiting. When a lower obstruction occurs, the intestine expands from swallowed air and accumulated debris creates pressure that causes a loss of blood supply. The loss of blood supply results in cell and tissue death, called necrosis. In surgery, necrotic tissue must be removed. The walls of the intestines may then become more porous than it already is, allowing toxins into the bloodstream. A highly dangerous situation, many dogs do not survive.

Conclusion
Burt isn’t the only dog to have suffered such a digestive Greenie catastrophe. The newswires are currently burning with news of other dogs and families that are suffering from similar problems associated with the dog treat. CNN reports that their investigation discovered that there have been 40 occurrences of Greenie extractions. Unfortunately 13 of those cases will await their owners at the Rainbow Bridge. The CNN story can be found here..https://www.cnn.com/2006/US/02/14/dangerous.dogtreat/index.html