Punish the deed, not the breed

So! As many of you know every once in awhile I get on a bit of a rant, I don’t consider  it a rant I call it passion. I speak often and loudly for those who have no voice, our dogs. I am a dog trainer, behaviourist, lover, rescuer, but most of all their best friend and sometimes their last hope, this is my job, calling, passion so as long as they don’t have a voice you will never stop hearing mine. 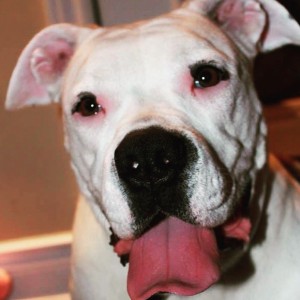 I spend five days a week travelling all across Ontario from town to town, sometimes I am even asked to go to the USA which I cannot do but those clients will travel far and wide to come to me, either in person or through Skype and I try desperately to help everyone who asks in one way or another. Here is what I am here to tell you, in my experience its NEVER to late to ask for help, never be embarrassed in asking for that help, no dog is worthless and most dogs can be rehabilitated unfortunately not all dogs can be saved but with that said if you had of called when the problems started they most likely could have been saved. If more people made me their first call instead of their last call when situations are now dyer maybe we could save more?

2 what is it going to cost?

Well here are my usual answers, yes I can fix your dog! cost is going to depend on the issue, how long it will take and what is required ( this is where I loose most people ) and thirdly, YES! Yes you usually are the reason the dog is failing. Its that simple, you are the reason your dog will succeed or fail, just like your children they are a direct product of the environment in which they are raised. If you teach your dog aggression, then your dog will be aggressive, you teach your dog not to trust, then your dog will most likely be a bitter, if you don’t not teach your dog to be social, then you will have a neurotic dog that will either be afraid of the world or become a bitter. Teach your dog respect  , and you will have a loyal and trustworthy dog! Are you starting to understand what I am saying?

It doesn’t matter if you got a puppy right at 8 weeks old, or rescue a dog, if you get a lab, Sheppard, retriever, a pit-bull it doesn’t matter the concept is the same, a dog is a product of the environment in which it is raised! End of!!  There is no real such thing as a bad dog, with that I mean puppies are not born bad. There are no bad breeds, and by that I mean we need to stop profiling breeds based on the behaviour of people making certain breeds bad. People like to jump on band wagons from the media that is publicly crucifying certain dogs for attacking, killing, terrorizing their communities, well let me tell you a little secret, these dogs were created this way not born this way! People taught these dogs to be aggressive, people taught them to attack, people taught them to be fearful, people did this! Yet we continually blame the dogs! This is crazy, that is like telling a rape victim its their fault they were attacked and locking them up instead of their attacker!!!! What the hell!

We all know these so called ” killer dogs ”  the Pit-bull, well if you do research on the breed you will learn that in history they were called the ” Nanny dog ” because they were so kind and gentle to babies and children that they became baby sitters for very important people, kings, presidents, police officers and many common people. They are incredibly loyal, patient, loving and very trainable. The Rottweiler another ” killer breed ” research also shows them as very family oriented dogs, again know as the baby sitter, they are powerful, loyal, brave and will never let down their families. These are just two examples but they are the ones most crucified in the media, they are labelled as attack, killer, human hunters and to be feared and now banned. How did two breeds become the most feared? YOU!!!!! You mistreated, abused, terrorized, and taught them to be this way, you put them in fighting rings, you made them attack people when you couldn’t! No puppy has ever been born wishing for these things. No puppy wishes to hurt people, kill animals, hate! You humans taught them this, you created this.

So why is it they are still being judged by public courts? Because they have NO VOICE, they cant tell the judges that they didn’t want to do bad things, they can tell animal control that their human made them bite, they cant tell their neighbours that they are being abused, starved, beaten. They cant tell! They cant tell anyone that the humans that they trusted to care for them, nurture them, love them, have been doing the opposite, their humans took their love, trust and affection and turned it into hatred, fear and loathing, but we blame the dog! we ban breeds to protect people, we euthanize these killing machines as the humans that have created them walk away only to re-offend! They walk away to breed again.

Yes I am passionate, Yes I am loud, Yes I am angry, Yes I am! We need to build a better awareness to the bad deeds of the humans instead of labelling breeds as bad! In case anyone is interested I did a bit of research  of the most violent dog attacks of a hundred different breeds and out of 100 dogs society labeled as the ” killer breeds ”  they ranked in the 80’s the #1 spot went to the Cocker spaniel for vicious bites on children, #2 the Chihuahua, #3 Dalmatian!  So why is it that they are not in the media? Why aren’t they being banned? Ignorance, plain and simple, people are ignorant to the real dangers, the media doesn’t attack these breeds so neither does the public, we are not free thinkers, we are media fear based followers!