Why Is It Important to Vaccinate a Dog?

Just like with humans, vaccinations are an important element of the preventative care of your dog. Vaccines protect dogs from a wide variety of diseases and help them to live longer, healthier lives. Veterinarians used to recommend that dogs get vaccinated every year, but recent research shows that some vaccinations last much longer than that and do not need to be re-administered annually. In addition to protecting your dog from illness, vaccines also raise group immunity. Group immunity is the resistance of a population of dogs to a particular pathogen. A high group immunity raises the chances of the eradication of the pathogen from the dog population, and greatly reduces the likelihood that un-vaccinated dogs will be exposed.

Knowing What Vaccinations Your Dog Needs

When Should Puppies Be Vaccinated?

How Long Do Distemper Shots for Dogs Last?

How Long Do Rabies Vaccinations Last in Dogs?

Facts about rabies and rabies vaccine

Rabies is a virus that attacks the brain and nervous systems of mammals. It can be contracted at any time of the year by an animal of any age, and is always fatal. A rabies vaccination does not in itself prevent rabies; it instead causes the dog’s body to mount an immune response. The antibodies the body produces during the immune response prevent rabies; the immune response is so rapid that your dog will be protected 14 days after the vaccination. Rabies vaccinations, if given correctly, are 100% effective and will work in dogs exposed to rabies as long as the rabies is still in a latent (incubation) period.

When do you vaccinate your dog?

Rabies shots can be given at any time of the year and are typically administered with the annual booster shots. The frequency of vaccination depends on your local and state governments. Most rabies vaccinations are licensed for two or three years, depending on the company. Rabies vaccinations given for the first time to puppies and dogs are only licensed for one year. Giving a second rabies shot a year later allows your dog to mount a more effective antibody response to the virus. The second shot, depending on where you live, will be valid for two or three years. Areas where rabies is prevalent in the local wildlife may require dogs to be given a rabies vaccination by a licensed veterinarian every year.

Getting your dog vaccinated. 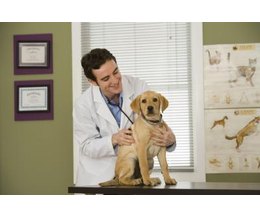 Puppies get their first rabies vaccinations when they are between 9 and 16 weeks old. Earlier than 12 weeks, the vaccination may not be effective, as the puppy still has its mother’s antibodies (which provide protection from disease) in his body. Adult dogs can receive a rabies vaccination at any time during their life, even while pregnant, as long as they are in good health. Veterinarians may decide to delay vaccinations in sick or underweight dogs. Depending on where you live, your dog’s rabies vaccination will need to be administered by a licensed veterinarian every year, every two years or every three years. Having the vaccination administered by a licensed veterinarian is the only way to get a certificate of vaccination. Without the certificate you may not be able to take your dog to a groomer, board him or participate in shows or events. If you dog bites someone and you do not have a current rabies certificate, you could face fines as well as having your dog impounded and possibly euthanized.

Transmission of rabies and rabies symptoms 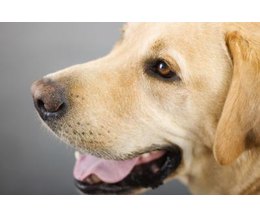 Rabies is transmitted only by saliva and must be ingested or absorbed into the body through bites, cuts or scrapes. Only rabid animals can transmit rabies. It can take 60 days before your dog begins to show symptoms of rabies. Remember, only unvaccinated dogs can get rabies. Rabies goes through four phases, starting with the latent phase during which it is still possible to successfully vaccinate your dog. Each phase after the latent period will last four to five days. In the second phase your dog will show behavior changes, and may stop eating and drinking. In the third phase your dog may have some paralysis and an inability to swallow, and may become vicious or lethargic. The fourth phase will be complete paralysis and death. Once your dog starts to show signs of rabies, death is inevitable.